About a year ago, I was thinking that I wanted to start saving money. The problem was that I didn't have the slightest idea where and how to start. But, it is also with saving money like with most other things in life. It's good as long as you just start - even without a plan.

Some change in my pocket

I noticed that I had a few coins in my pocket. I'm not a big fan of cash and pay pretty much anything by credit card (just for convenience). But smaller things, like ice cream or a beer in a football stadium, I pay with cash. That's because at some concession stands you can't pay with a card.

my pockets are a mess

I'm gonna tell you how my pocket looks from the inside. I have my key-chain there (I have a lot of keys(people even asked me the question if I work as a prison guard)). And usually, my headphones are flying around in there somewhere. As you can see, space is limited there. So change in my pocket just upsets me and takes away precious pocket-space. That's when I had the idea to put the change I had in my pockets in my piggy bank at the end of each day. What doesn't sound like much at first becomes more and more as time goes by.

one glass - a billion drops

For example, if you imagine a simple glass of water, it doesn't look like much. But think about it: The content of this glass consists of millions or even billions of small drops of water. That's depending on how big one imagines the drops of water to be. One drop alone cannot quench thirst. Not even 2-3 drops. Yet, if the glass is filled to the top, it can be a very good thirst quencher.

We are now applying the same principle to our piggy bank. A few cents isn't much money, but if you collect all your change over a longer period of time, it's definitely worth it. If you put only 50 cents in your piggy bank every day, you will have exactly $182,50 after one year! A lot, isn't it? Imagine what you can do with this money. And image how much it will be after 10 years.

At some point, you should take it to the bank, though. Invest in something that pays dividends and or interest. This is where we start our snowball. It is also small when it starts to roll down the slope. But once it is in motion, it gets bigger and bigger.

Putting your change in a piggy bank has other advantages, too. Often you buy some unhealthy stuff just because you happen to have some change in your pocket and want to get rid of it. But if you throw your change into your piggy bank at the end of the day, you won't be able to buy sweets or other junk food the next day. If you want to read more about a healthy diet, click here. 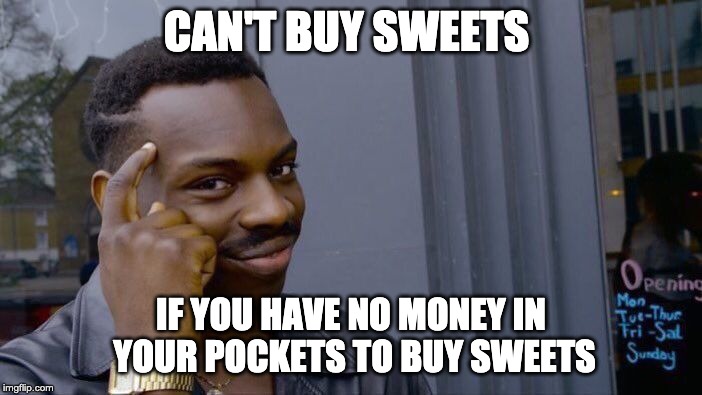 So if you're thinking about how to start saving some money as I did about a year ago, just start with this simple piggy bank trick. What sounds like little in the beginning and looks like little, becomes more and more in the course of time.

How To Have Lucid Dreams | Walkthrough

Have you always wanted to control your dreams? Steer them in a certain direction? In this article we're gonna tell all about how to have lucid dreams!

How to get started with minimalism

Find out what minimalism is and and how to get started with minimalism. It helps you to find free time and earn more money. Click here to change your life!

10 Ways on How to Build Self Confidence

How Affirmations can help you achieve your goals - the ultimate guide

Achieve your goals with affirmations. In this article, I'm going to tell you how affirmations work and how to use them for your life. Read more here!

How Men And Women Respond Differently To Stress

Men and women respond differently to stress. And there are reasons for that. In this article, we're telling you why men and women react the way they do!

It's important for software developers to have good habits. Click here to find out what the best habits for programmers are!

How To Break Bad Habits

Breaking bad habits is tricky, but with a stable, professional approach you can obtain great results. I'm gonna show you how you break bad habits for good!

How to set self-improvement goals

How to Be Confident When You Feel Otherwise

Confidence can provide long-term benefits or fleeting glimpses of success. If you're struggleling with your confidence, find out how to be confident!

How to Declutter Your Life

Clutter in your life bogs you down. It is a major source of stress and can turn your life upside-down. Click here to learn how to declutter your life!